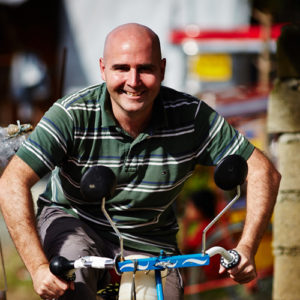 Stéfane Charette considers himself a citizen of the world. With a global view on life, he is actively engaged in lowering the barriers that exist between nations.

In the early 90’s, he participated in the Canada World Youth program, going on exchange in British Columbia and India. Stéfane continues to believe in the positive effects of international experiences on young adults.  “As interdependence becomes more and more important in today’s world“  he explains “an experience abroad becomes essential to anyone seeking success in their environment“.

Now that travel is easier than ever, students are finding that it is as formative a learning experience as the education they receive in their regular academic curriculum.It is precisely this line of thought that prompted Mr. Charette to spend a year studying in Turkey at the Middle East Technical University. “In a skills-based working world,” explains Mr. Charette, “the ability to adapt to new circumstances and situations is an indispensable asset. Not only have my studies abroad sharpened my cultural integration skills but they have allowed me to build a solid foundation in cross-cultural relations”.

Stéfane has traveled to Central and South America, Europe, Alaska, West Africa, Russia, Asia and the Middle East for his studies or on various volunteer projects. A graduate of UQAM in Political Science and International Relations, Stefane resides in Montreal and is active in his community. HorizonCosmopolite was founded in 1997, and since then, the organization continues to successfully expand. 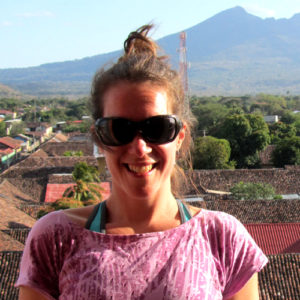 Marie-Pierre Fortin received her B.A. in Tourism Management from the University of Québec in Montreal (UQÀM) in 2002. She is passionate about traveling and has been involved in the travel and tourism industry. She was the coordinator of the travel office at Ste-Foy Cegep and held the same title while at UQÀM. She also worked for the university’s Office of the Chair of Tourism while finishing her studies, where she organized numerous events that gathered influential members of the tourism industry. She speaks French, English, and Spanish.

Marie-Pierre joined HorizonCosmopolite team in May 2002 and since then she took part in several missions in Latin America, Africa and Asia. She is the international programs coordinator for both individual and group projects. Since January 1st 2006, Marie-Pierre is actively involved with the management team at HorizonCosmopolite.